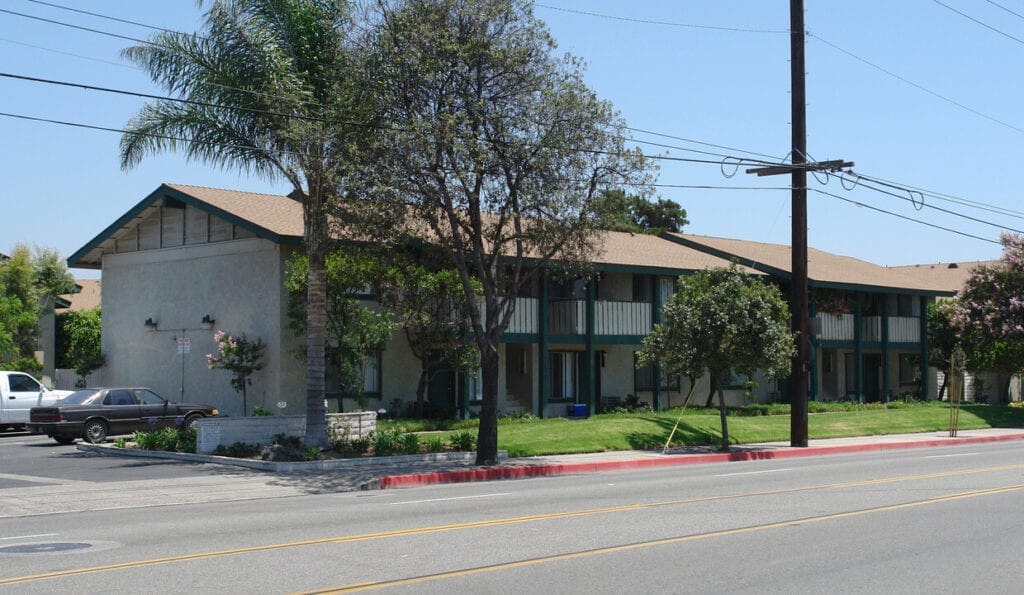 The 80-unit Woodside Garden Apartments in Orange County’s Tustin, California, sold for $26 million in a deal between two local investors.

The sale price works out to about $325,000 per unit, lower than the $358-per-unit average sale price in Tustin, which is one of the county’s smaller multifamily markets, according to CoStar.

The 10-building property at 1071 Walnut Ave. was built 1970 and is representative of the mostly older apartment inventory in Tustin, which benefits from the huge number of jobs in neighboring Irvine, one of the county’s major job hubs, according to CoStar Market Analytics.

The deal ranks as the second-largest apartment sale by total price in Tustin, where few apartments are listed for sale, after the $41 million sale of nearby Terra at Tustin, a 116-unit property built in 1969, according to CoStar.

For the Record
Tyler Leeson of Marcus & Millichap represented the buyer and seller.